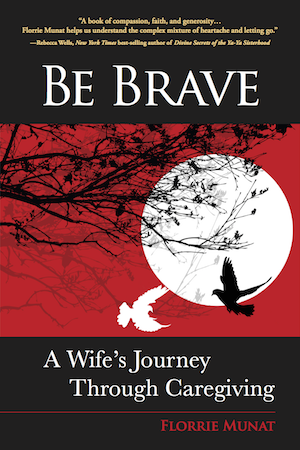 We’ll be adding items from various family members from time to time here. Each will provide a little insight into who Chuck Munat was, how he changed the lives of those around him, and how his struggle to live fully even as he was dying affected us all. If you knew Chuck and you have something you'd like to contribute, please contact us and we'll consider adding it here.

The following story was written by Alex Cole, granddaughter of Chuck Munat, shortly after she attended the presidential inauguration in Washington, D.C. in January of 2009.

In 1963, my grandfather went to Martin Luther King, Jr.'s ‘I Have a Dream’ speech in Washington, D.C. Now, forty-five years later, I stood in the same place and watched the first African American man be inaugurated as the President of the United States of America.

We stood in line in below-freezing weather for over two hours; but, amazingly, everyone was so cheerful. They struck up conversations with complete strangers. When we finally got to our seats, we were in the center section, roughly 1,000 feet from the podium. We stood on our chairs and looked back at the crowds. It was unbelievable how many people were there. You could not see the green of the grass anywhere. It was an ocean of red, white, and blue; after all, most people had American flags . . . flags waving as far as the eye could see. There were millions of people stretching all the way to the Lincoln Memorial where Martin Luther King gave his speech, a little over two miles.

When the inauguration was over, people were even more cheerful. History had been made.

Now my grandfather is in a wheelchair. He, along with Martin Luther King, could not experience the inauguration of President Barack Obama. But I was there to see both of their dreams come true and I will remember it for the rest of my life.

The poems to follow were written during the last few years of Chuck's life when he was struggling with his illness and was a very different man than he once had been. They were written by his daughter, Isabel, mother of Alex (who wrote the story above).

Comforting arms and a beard that tickled
Dried the tears and hushed the fears
Of a blue eyed girl
Arms that gave a push
And sent me rolling on two wheels
Across a vacant parking lot in Chicago
Hands that clapped in triumph at my first solo ride
Gently brushed the sand off my scraped knee when I fell
Asking, “Did you break the sidewalk?”
Funny faces that made me giggle
And eat spinach as if it were candy
Even after I knew that’s what the faces were for
I learned from his tears in April of 68
That prejudice was hurtful and wrong
I grew and you hung back
Pointing to a road
Yet letting me walk alone
Knowing the most valuable knowledge
Is learned through pain
You gave strength and accepted weakness
Shared joy and despair
Coaxing me from doubt into hope
Molding a girl into a woman
And giving me the credit
But I know the truth
And the blue-eyed girl
Loves him because he’s Daddy
And the blue-eyed woman
Loves him because he’s him
Warm, compassionate and loving
And the person I’ve always wanted to be.

Lost in His Mind

Where are you with your
twinkling blue irises?
Windows that danced with merriment
now shuttered
Blank
Lost.
Are you hidden within this husk?

Your shell cracked.
The vitality oozed out.

My unspent feelings
are bottled inside,
wasted on a mind
that has no defense.

I’ve become the one who bore you,
raising quivering gelatin
on a dull metal spoon
into a mouth that does not taste.

What cruel irony
becoming the mother to the father

Is that still you?
Are you in there?
I do not want this duty
I cannot refuse.

Was that a spark of your soul
I saw in your eyes
just then?
Was that a forgotten twinkle?
Or a trick of the light
giving birth to a momentary hope
just as quickly dying.

I sigh softly,
and reach out once more
to brush crumbs
from a well-known unfamiliar face.

I knew this was coming
Though the knowing
and the coming
were separated by
wishes and prayers.

Will he even know?
If I look at his shell
one last time
will I see his soul?

Will the pain be less?

If I don’t go
can I face myself?
If I can’t see it
will it still happen?
How can you fit
a lifetime of love
into one rotation of the Earth?

If I look upon his beloved face
one more time,
will it loosen the belt
that is cinched around
my heart?

Dreams of the Future

There you are
in my mind.

Seated at a table
with Martin and Mahatma.

Shedding the painful past;
quickening your pace
toward tomorrow.

You are suspended
in slumberous imaginings.

Making funny faces;
beguiling us
to eat our broccoli.

Standing tall.
Walking fast
as we race
to keep up.

The sparkle has returned
to your eyes.

The joy has returned
to your soul.

Your awakening
brings peace
to my dreams.

The anecdote below was contributed by eldest son, Charles Francis. (Chuck was Charles Elliot.)

The best advice my father ever gave me provided for me a way of gaining perspective on life, and what's really important, that has stood me in good stead a hundred times over.

The occasion was a breakup with a girlfriend back when I was 19 years old. I was in college at the time, and the relationship had lasted a very intense nine months—a long time for a relationship at that age. We’d even been engaged, briefly, though in retrospect that was merely an effort to ignore the cracks that were appearing ever more frequently in our bond.

The relationship ended badly, as such are wont to do, and I found myself rather depressed. To be frank, my father was the last person I really wanted to turn to. It seemed an admission of weakness. But when the moment came, I realized that I really had no one else to talk to who might understand.

I called him on the phone, and he listened patiently and with empathy as I described what I was going through. It felt as if there were a heavy weight on my chest, and I'd been living with this crushing burden day after day for a few months. My grades were suffering badly—not that they were all that great to begin with—and many of my friends had turned away, deciding to be her friends instead, though no one had ever asked them to take sides.

After hearing me out, my father said something to me that lifted my burden almost instantly, and allowed me to get on with my life. And this effect has proven durable and repeatable. I've used the same technique over and over again to deal with all sorts of troubles. He said:

“Charles, take a minute and think about who you want to be five years from now. Where will you be? What will you be doing? What will be important to you? Really put some thought into it, and try to project yourself into that future self. And once you are in that future self, living that future life, turn around in your mind, and look back on your present self, and ask yourself, ‘How important, really, was this breakup in the scope of things?’ If you can do that, I think that you’ll realize that this is just a small bump, hardly noticeable, on the highway of life. And maybe then you'll feel better.”

I learned then, thanks to these very-wise words, that most of our troubles in life are surmountable if we can only regain our perspective, for there is nothing good or bad, but thinking makes it so. Thanks, Dad.